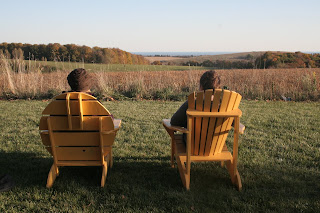 
What is energy therapy?
Energy therapy uses the body's bio-energy systems to treat emotional, physical and spiritual issues.
Our bodies are comprised of molecules and atoms that are made of energy. Anything traumatic that happens to us is immediately built into our energy "field", disrupting our energy flow. These events are like poisons or toxins to our energy field. It makes sense to analyze problems from the energy viewpoint. Our emotions have a physical effect on our bodies, thus the sayings,"he was heartsick" "it felt like a punch in the stomach" "she shivered with fright".

By determining the disturbances in our energy field and releasing them, energy work can allow the recovery of physical, spiritual and emotional problems.

First, the energy therapist works with the client to find out what the energy field disturbances are. This is done using regular therapeutic methods like discussion, intuition, but also through muscle testing.
As the client focuses on the problem, the therapist helps the client balance and clear each of these energy concentration points and the meridian line system. This clearing does not change the memory of an event or problem; it just removes the negative emotion attached to the memory. Clients feel immediate relief and are less burdened. Negative core beliefs are eradicated and positive ones are instilled. 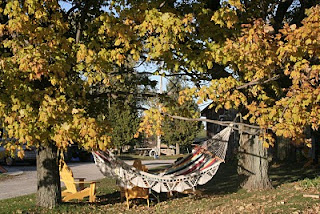 Sessions vary from one hour to two hours depending on the needs of the client.

Workshops are offered in:

For further information or any questions contact Joanna Wiersma at fifthwinds@gmail.com

A crew of workers, led by Tom Rijven from France, worked for 3 weeks creating a new office for Joanna.  Perched on the crest of a hill, overlooking the rolling hills of Northumberland and Lake Ontario, this office will be completed this coming summer.  It will be a very special space.


David Feinstein, Ph.D.
(A revised and condensed version of this article appeared in the
January 2005 edition of Psychotherapy Networker.)
Since the early 1980s, Western mental health practitioners have been developing protocols for applying the principles of acupuncture to psychological issues (Gallo, 2004), patterned initially on the work of California psychologist Roger Callahan and Australian psychiatrist John Diamond. Acupuncture points can be stimulated for therapeutic effect through the use of needles or heat, but less invasive procedures—such as tapping or massaging points on the surface of the skin—have also been found to produce therapeutic outcomes. This allows a broader range of practitioners to use the approach, and it allows clients to self-administer the methods back home, in conjunction with the therapy.


Because the stimulation of acupuncture points produces physical change by altering the body’s electrical activity (Cho et al., 1998), the various mental health protocols that utilize acupuncture points (such as "Thought Field Therapy," "Emotional Freedom Techniques," and "Energy Diagnostic and Treatment Methods") are collectively known as "energy psychology." Energy psychology protocols generally combine the stimulation of particular electromagnetically responsive areas on the surface of the skin (Voll et al.,1983) with methods from Cognitive Behavior Therapy, including the use of imagery, self-statements, and subjective distress ratings.
Few treatment approaches have engendered more skepticism in the therapeutic community than those proffered by energy psychology. Claims of near-instant, lasting cures with recalcitrant problems using interventions that look patently absurd and seem inexplicable have triggered skepticism in virtually every clinician who first encounters them. At the same time, growing numbers of therapists representing a wide range of theoretical backgrounds have been trained in these methods (the Association for Comprehensive Energy Psychology, for instance, has more than 600 professional members, see http://energypsych.org/) and have found that, however mysterious the mechanism of change, the approach can yield surprisingly powerful results with certain problems.


In fact, the mechanisms by which the basic procedure—tapping specific points on the skin while mentally activating a dysfunctional emotional response—may not be as incomprehensible as first appears. Energy psychology may work by producing neurological shifts in brain functioning in much the same way as neurofeedback training, a treatment that is increasingly being used for problems ranging from learning disabilities to anxiety disorders to depression to addictions (Evans & Abarbanel, 1999). Unlike psychiatric medication, which catalyzes changes through its effects on the brain’s biochemistry, both energy psychology techniques and neurofeedback training have been shown to bring about changes in brain wave patterns, and these changes correspond with a reduction of symptoms (to see digitized EEG images taken before and after energy psychology treatments, visit http://www.innersource.net/energy_psych/epi_neuro_foundations.htm).


A difference between the two approaches is that neurofeedback relies on scientific instrumentation while energy psychology does not. Although this makes energy psychology more readily accessible, it perhaps makes neurofeedback training more palatable to the professional community. In addition, the explanations used in energy psychology for the reported treatment outcomes fall outside our familiar paradigms. They make no sense if we try to understand them in terms of conventional explanatory mechanisms, such as insight, cognitive restructuring, focused mental activities, reward and punishment, or the curative power of the therapeutic relationship. But if we examine the electrochemical shifts in the brain that are brought about by stimulating electrically inductive points on the skin, a coherent picture begins to emerge.


The most promising hypothesis regarding the neurological mechanism by which energy psychology achieves its effects, I feel, has been proposed by Joaquín Andrade, a physician who works with anxiety and other psychiatric disorders, and who has also utilized acupuncture in his practice for more than 30 years. Andrade traces the consequences of activating a disturbing memory while sending electrical impulses to responsive areas of the limbic system through acupoint stimulation (Andrade & Feinstein, 2004). As Joseph LeDoux’s (Nader et al., 2000) research program at the Center for Neural Science at NYU has demonstrated, any time a fearful memory is brought to mind, the neural connections between the fearful image and the emotional response may be increased or decreased. The memory becomes labile when reactivated, and thus susceptible to being neurologically consolidated in a new way–its emotional power either reinforced or dissipated in the process. In energy psychology treatments, it may be that the established ability of acupuncture to deactivate areas of the brain which are involved in the experiences of fear and pain apparently takes hold during this moment of "neural plasticity." 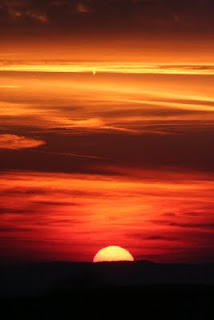